What makes these numbers impressive is that the increased sales volumes are spread almost evenly across the board. No area was left out, and while high-end sales are certainly demonstrating their power in a market that struggled since 2018, we realize that the lack of a robust inventory is creating higher demand thus higher prices thus higher sales volumes for our area. Premium properties are driving up these sales — and they should. I continue to see strong interest from buyers who, while they might not be ready to move right now, they want to know what is out there. They feel, and rightly so, that if they’re going to be in the market to buy or sell, they can ill afford to wait if they think prices are going to remain steady. They aren’t.

However, we are seeing somewhat of a pull back from buyers in the last few weeks. So, in essence, the prices are continuing their climb but the sales volumes are a little less. Where there were multiple offers of perhaps 5 -1 0 on properties, there now are 2 – 3. Interest rates have been jumping around somewhat, but are lower again now, and the lenders are coming out with new programs every day. All in all, it makes for interesting times.

Median sales prices are always the better measurement to see the health of our residential market. You can see that we are in a very strong market, and even though inflation reared its head this last week, highest in 20 years, it has not affected the stock market or the real estate market.

***********************************************************
One-third of home owners are “equity rich”
Words every homeowner loves to hear: Equity rich! Higher home prices are translating into comfortable cushions for those who own. Thirty-four % of residential properties in the U.S. with a mortgage were considered “equity rich” in the second quarter, which means the combined estimated amount of loans secured by the properties was at least 50% of its estimated market value, according to a new report from ATTOM Data Solutions. If you recall at the beginning of the Pandemic and we had the forbearance program, come into effect, there was a lot of conversation about how when this program was over, we would see a lot of properties that would go into foreclosure. I recall saying that due to the run up of prices, the situation would be different from when the market tanked in 2007 and 2008. The primary reason is because property owners have equity today when they did not have it then… BIG DIFFERENCE!

The numbers continue to grow, increasing from 31.2% in the first quarter and 27.5% in the second quarter of 2020. Huge home price jumps over the past year that helped millions of sellers earn profits also kicked in big-time during the second quarter for other owners who saw their typical equity improve more than at any time in the last two years according to ATTOM’s report. Instead of the virus pandemic harming homeowners, it’s helped create conditions that have boosted the balance sheets of households all across the country.

The Core Logic report noted that many are concerned about a pending foreclosure crisis when government provisions lift. Fortunately, the average homeowner in forbearance has sizable equity in their home, which has helped create an additional financial buffer for those struggling to make mortgage payments.

Thanks to these strong equity gains, and the availability of loan modifications and federal resources, we expect most borrowers have had enough support to stave off a foreclosure wave. Additionally, a recent CoreLogic survey of mortgage holders reports 85% of respondents said they maintained employment through the pandemic, which has helped many homeowners avoid delinquency and prevented a broad-scale mortgage crisis.

Buyers and sellers have to be on the same crypto-page. Both parties enter into negotiations with the understanding that Bitcoin, the most popular crypto currency in the market today, will be the vehicle for the transaction. Most clients who want to transact with cryptocurrency are currently looking and listing in the higher end of the real estate market, and many of them are overseas where there is a higher understanding of this new currency world.

Buyers and sellers who venture into the ‘crypto world’ are usually already indoctrinated and know the risks, but have supreme confidence in its financial stability. It is a trend that is now beginning to flourish in the higher-end market. The recent surge in value of Bitcoin has created a new category of buyers who are newly minted millionaires and entering the high-end market for the first time according to Realtor.com.

As an aside, there was a recent article in the Los Angeles Times, that you will be able to purchase your ticket for a movie at AMC with bit coins! Amazing! 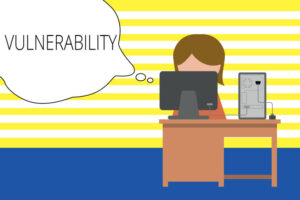 A financial review by a lender may be tripped up if the potential borrower’s identity has been taken, and their homebuying dreams could quickly be taken from them. “Identity theft is on the rise, and if you don’t pay attention, you could have a harsh awakening when applying for a mortgage to purchase a home,” cybersecurity expert Sandra Estok, author of the “Happily Ever Cyber!” book series, told realtor.com.

Identity theft can take many forms. Some criminals steal a Social Security number and then use it to open credit cards or loans in the person’s name. That can ruin a credit score, needed to qualify for a mortgage or a loan.

Home buyers should do advance work in ensuring their finances are up to par and have not been hacked, experts say. One proactive step to take before putting in an offer, or even before you consider looking at homes, is to review your credit report.

During the pandemic, foreign investment in American homes plunged 27%, the lowest level in a decade, according to a recent report from the National Association of Realtors. The global pandemic and travel restrictions are the culprits for the decrease, housing analysts have said. But as vaccines pick up globally, pent-up demand among foreign buyers is expected to be unleashed once again.

The most popular destinations for foreign real estate buyers between April 2020 and March 2021 were California, Florida, Texas, Arizona, New Jersey, and New York, according to data from the National Association of Realtors. Clients from China have been the top buyers of U.S. residential homes by sales dollar volume over the last decade.

Among those is an effort to protect coastal aquifers from seawater contamination, as well as the irrigation of parks, cemeteries and golf courses across southwest Los Angeles County. The sudden loss of millions of gallons of recycled water has alarmed experts and raised new questions about the plant’s ability to function in a warming climate. The plant is currently rushing to fix the problem, but no final ‘end date’ for the crisis has been announced.

But regardless, parents are now realizing that creating a healthy, functional educational environment for their children is not just a good idea during the pandemic — it’s good for families both emotionally as well as specially. That is why there is a big increase in homes now featuring educational areas for children…and adults.
For example, ‘learning spaces’ are the next big thing: Listings over $1 million in 2021 that mentioned a learning space had a median time on the market of 45 days, 12 days less than homes that didn’t mention a learning space, according to data from Realtor.com. In May of this year, 1,178 homes mentioned terms related to learning spaces, a 58% increase from the same period last year, according to the data.

Rooms are being re-purposed, or created (added on) to make room for a more inspirational learning area where the technology and environment all designed to support the student…of all ages.

This is happening, not just in higher-end homes that can convert a library or entertainment room to a ’new-style classroom’ — but in smaller homes where families realize the significance of creating a healthy, inviting area to learn and grow. With the growing mask controversy, I imagine this will continue as parents continue to struggle with the question of having their children be home schooled or return to the class room.

fire we are dealing with in Northern California is a prime example of what is going on. The sad part of this insurance situation is that the pulling of these policies is impacting not only properties in fire prone areas, but those like my mothers’ home in Beverlywood, near Century City which is not in a fire prone area, where we have had to secure new insurance coverage for her home until we sell it in a few months.

With the recent forecast by the Intergovernmental Panel on Climate Change of the United Nations of the effects of climate change on the world, and the now acknowledged year-round fire season, it is incumbent upon all of us to be ever so vigilant to make sure we protect our properties and are properly insured.

I have a private office so within my office itself, I do not have to don a mask but to if I go into the office proper, or anywhere in the building, we need to mask up again as we now have to do in more and more businesses. It is so sad to me that we are still dealing with this situation 17 months into and I hope everyone will do what they have to do to not only get their shot, but continue to practice safety for all.

At the beginning of Covid, we had very strict procedures that had to be followed in the showing of properties, I sincerely hope we don’t have to go back to those procedures.

Take care, be safe and enjoy your life and one another!