Total existing-home sales which are completed transactions that include single-family homes, townhomes, 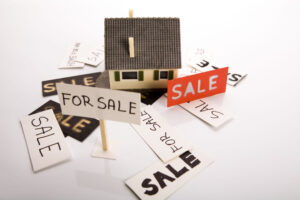 With mortgage rates expected to rise further, Yun predicts transactions to contract by 10% this year, for home prices to readjust, and for gains to grow around 5%. 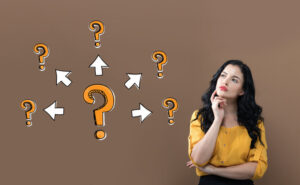 On average, half of buyers made two offers before being successful in their purchase by the third try, the survey shows. And buyers are paying more than list price, too. Fifty-seven (57%) percent of buyers offered above the list price, which is up from 48% in February.

“Multi-offers on a home are still prevalent because even if buyer traffic is weakening it is still outpacing supply,” Gay Cororaton, research economist at the NAR, writes at the association’s Economists’ Outlook blog. “With homebuying demand still outpacing supply, properties typically stayed on the market for a shorter time compared to one year ago, at 17 days on the market.” Eighty-seven percent (87%) of listings were on the market for less than one month.

Cash buyers still continue to hold the upper hand in bidding wars, accounting for 28% of sales in March. Buyers who
offered an all-cash transaction were four times more likely to win in a competitive offer situation than those who didn’t in 2021

“Multi-offers on a home are still prevalent because even if buyer traffic is weakening it is still outpacing supply,” Gay Cororaton, research economist at the NAR, writes at the association’s Economists’ Outlook blog. “With homebuying demand still outpacing supply, properties typically stayed on the market for a shorter time compared to one year ago, at 17 days on the market.” Eighty-seven percent (87%) of listings were on the market for less than one month.

More than a quarter of sellers—28%—expect to receive an offer on the first day the home is listed. Fifty-three percent 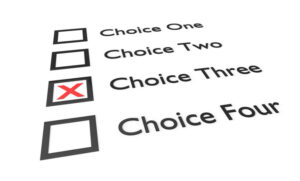 (53%) anticipate an offer within a month. Thirty-six percent (36%) said they would be able to negotiate a better price, 31% said their appraisal would come back at a higher price, 30% fee that buyers will start a bidding war over their home, but 25% said they will sell for less than the asking price.

In a separate survey conducted recently by a real estate referral site homeowners also showed great expectations for the sale of their homes. About half of home sellers surveyed said they expected to retain 30% or more of the sale price of their homes. Eighty-seven percent (87%) of sellers surveyed also expected to receive more than one offer on their home. Fifty-two (52%) percent expect to receive four or more offers.

“If you’re holding back from buying a house now because of the rise in rates, consider that inflation is up even more.” “A year ago, it was running at 2.6% on a year over year basis (March 2020-March 2021).”: Today, this retrospective annual inflation measure is 8.5%”. “We haven’t seen inflation this high since the early 1980s”” If inflation continues at this rate, you’re better off borrowing money today at 5% and paying back a year from now with dollars that have depreciated by 8.5%”.

“But the story is more complicated. Retrospective inflation isn’t the same as prospective inflation” “prices rose by 1.2% last month alone.” “That’s an annualized inflation rate of 15.4%.” In that case, the current 5% rate is even more of a bargain in the short term”. 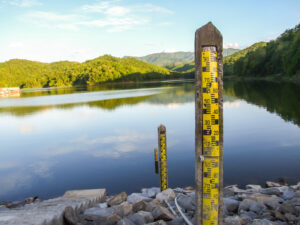 The outdoor watering restrictions will take effect June 1 under the decision by the Metropolitan Water District of Southern California and will apply to areas that depend on water from the drought-ravaged State Water Project. “We are seeing conditions unlike anything we have seen before,” said Adel Hagekhalil, the district’s general manager. “We need serious demand reductions.”

The MWD’s board has never before taken such a step and the resolution by the water wholesaler will bring the first widespread water restrictions imposed in Southern California during the current extreme drought.

California’s drought, now in a third year, has become the driest on record and has been intensified by hotter temperatures unleashed by climate change. With the state’s major reservoirs at low levels, the MWD has been left without enough water in parts of Southern California. Large parts of the City of Los Angeles, San Gabriel Valley and Ventura County rely heavily on MWD water.

“These areas rely on extremely limited supplies from Northern California, and there is not enough supply available to meet the normal demands in these areas for the remainder of the year,” Hagekhalil said. So please heed these new limitations on watering outside. It is a hardship to be shared by all

Sustainability continues to play a growing role in consumers’ purchasing decisions, and this is becoming even more prevalent in the real estate market,” said NAR President Leslie Rouda Smith. “With the residential property market, in particular, home buyers have expressed increased interest in eco-friendly factors like solar panels and energy efficiency
Half of agents and brokers surveyed said they helped a client buy or sell a property with green features during the past 12 months, a notable jump compared to 32% in 2021.

Nearly two out of three respondents – 63% – said that energy efficiency promotion in listings was very or somewhat valuable. Over half of agents and brokers – 51% – found that their clients were somewhat or very interested in sustainability. And 35% reported that their multiple listing service features green data fields. Among those with green data fields. 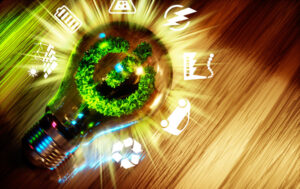 Among the many rare gems, she covered in her April 17 story, is the famous Lummis House in Highland Park, designed and built by Charles Lummis in 1897. The home was built of boulders dragged up from the Arroyo Seco, the 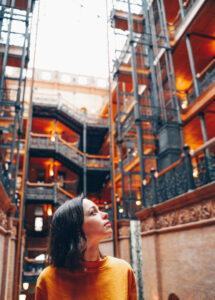 sometimes-waterway of which Teddy Roosevelt told Angelenos: “This arroyo would make one of the greatest parks in the world.” Naturally, we turned it into the Pasadena Freeway. Located at 200 East Avenue 43…opens at 10 am on Saturdays and Sunday only.

Bradbury Building. The man who envisioned and paid for it was the silver-mine and real estate tycoon Lewis L. Bradbury, whose name adorns a town in San Gabriel Valley. A dazzled critic called the building “a fairy tale of mathematics.” The interior is what Patt Morrison would call “Victorian futurist”: glazed brick and tracery wrought-iron staircases and balustrades. Scenes from “Blade Runner” were filmed here. The building is located at 304 South Broadway, Los Angeles, and closes at 6 pm.

In future issues of the Schiffer Line, we will highlight other iconic edifices in Los Angeles. This is our heritage, of which we should and are most proud. 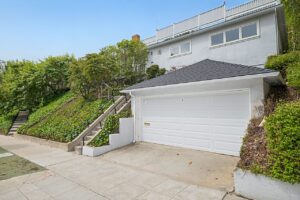 In the amazing community of Westwood Hills is the charming, home located at 521 Veteran Ave. Being offered at $1,699,000 this lovely 3 1/34 bath has been polished, shined for all to see. There is a brand-new roof including gutters and drain spouts, gleaming solid oak floors, freshly painted interior, completely landscaped, two fireplaces, an amazing upstairs family room with desk and steps leading to a lovely garden.