Prices and sales surged in December

We started off 2020 with good news as year-end housing data showed improvements in both prices and sales in December.   Southern California home sales in December rose by the most in 19 months and sales surged 22.1% from December 2018. These are, indeed, impressive results to take with us into 2020 — the latest sign that the housing market is gaining steam after a prolonged slowdown. 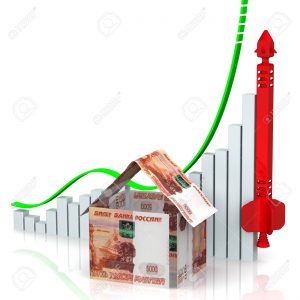 The six-county median sales price hit a new all-time high of $550,000 last month, a 7.2% increase from a year earlier, according to data from DQNews. Sales, meanwhile, surged 22.1% from December 2018 — the largest gain since late 2016. The dramatic bounce of sales and home prices reflects the depressed state of the market a year earlier.

At the time, concerns over affordability and the direction of the economy were heightened.  We’re still facing inventory and affordability issues in Southern California, but the momentum we gained in the past two quarters clearly gives us optimism as we move into the new year.

How much does curb appeal affect home value?

It is estimated that nearly 50% of buyers make their decision to buy a home before they get out of the car.  That’s called “curb appeal”. First impressions count, a lot! 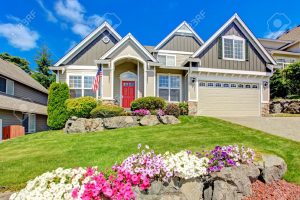 Homes with high curb appeal tend to sell for an average of 7% more than similar houses with an uninviting exterior, according to a joint study by the University of Alabama and the University of Texas at Arlington. Further, the premium rises to as high as 14% in slower real estate markets with greater housing inventory, shows the study.

Researchers examined Google Street View photos and sales data from 88,980 properties in the Denver metro area to find how much curb appeal matters to a home’s value. The researchers found that the curb appeal of neighboring properties also has an impact on a home’s value. The appearance of the yard next door accounts for about a third of a home’s overall premium, the study notes.

Researchers considered homes to have low curb appeal if the property includes blemishes like a broken pavement or overgrown grass. Homes were considered to have high curb appeal if they included features like well-kept lawns and professional landscaping. Many appraisers evaluate a home based on interior features like the number of bedrooms and bathrooms, square footage, and home improvements.  But they don’t always take into consideration the more subjective evaluations of ‘curb appeal’.  Curb appeal?  It’s real! 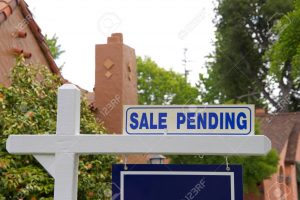 While we’re seeing an uptick in sales and prices through the end of 2019, pending home sales data sent a sobering note, too: Pending home sales fell in December, taking a step back after increasing slightly in November, according to the National Association of Realtors.

Each of the four major regions reported a drop in month-over-month contract activity, with the South experiencing the steepest fall. However, year-over-year pending home sales activity was up nationally compared to one year ago.

The Pending Home Sales Index which is a forward-looking indicator based on contract signings, fell 4.9% to 103.2 in December. Year-over-year contract signings increased 4.6%. An index of 100 is equal to the level of contract activity in 2001.

“Mortgage rates are expected to hold under 4% for most of 2020, while net job creation will likely exceed two million,” said Lawrence Yun, NAR’s chief economist. While he noted that these factors are promising for the housing market, Yun cautioned that low inventory remains a significant longer-term concern.

Many appraisers evaluate a home based on interior features like the number of bedrooms and bathrooms, square footage, and home improvements.  But they don’t always take into consideration the more subjective evaluations of ‘curb appeal’.  Curb appeal?  It’s real!

Maybe I didn’t get the memo — was I supposed to be nervous about buying my first house?  As a real estate professional for over 35years, I deal with young buyers all the time — even older buyers get anxious buying a home. And, no, it’s not new.  Here’s the latest….

Young adults may be eager to buy, but 75% of first-time home buyers say they’re overwhelmed about the purchase process, according to TD Bank’s First-Time Homebuyer Pulse of more than 850 millennial buyers between the ages of 23 to 38.

Many have not taken the first step to talk with a lender before they start actively looking. Only 30% of respondents say they have spoken to a mortgage lender before starting their house hunt. “To put the cart before the horse is to pursue a significant life decision with possibly incomplete or inaccurate information,” says Simon Atik of Guaranteed Rate Affinity, my lender of choice.

It’s that time of year and young buyers are facing more than just the issue of finding a mortgage lender or dealing with house searches.  They’re also dealing with finding a home at a price they can afford.  Inventory and price continue to plague young and old alike.  Will this ever change? Probably not!

What used to be an option is now “standard”

Home buyers are a demanding lot these days.  It’s not that they’re ‘unreasonable’ — but they are now expecting features in their next home that used to be an option only years ago. 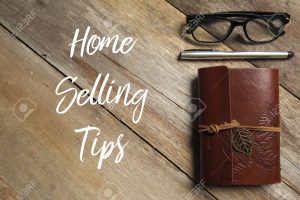 First-time and repeat buyers say they’d rather have a smaller home with high-quality amenities than a bigger property with fewer such features, according to a survey the National Association of Home Builders. The NAHB’s report, titled “What Home Buyers Really Want,” identified the following features as being most desired by both segments of buyers: 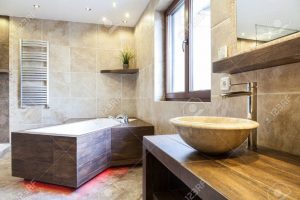 High-end sales attracted buyers from around the globe, but the majority were Americans (70%) and other countries represented were two each from Qatar, Bulgaria, Canada, Germany, England, France, Russia and Saudi Arabia, and three from China.

The areas of the $20 million-plus sales were: 12 in Beverly Hills, 11 in Bel-Air, 6 in Malibu, 4 in Beverly Hills Post Office, 3 in Brentwood, 2 each in Sunset Strip., Palisades and Westwood…Only one in Holmby Hills

There were two sales of $100 million, and one for $150 million, the highest sale ever in Los Angeles.

The good news is that the Westside is slowly returning to its former robust self.  I expect a solid year for 2020.

Humpback whales and the eco-system in turmoil 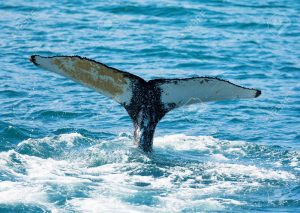 There is nothing more spectacular than to see a giant humpback whale breach, soaring from beneath the calm sea into the bright sunlight, leaping dozens of feet into air, and then crashing magnificently to the water below.  It’s breath-taking.  But the sightings of humpback whales, especially in California is becoming more endangered.

In a recent LA Times article (27 January 2020), a recent study pointed to the complicated marine ecosystem where species and humans are bumping into each other.  Because of warming ocean trends, especially in California, humpback whales have had to move closer to shore to access their favorite food — anchovies.

Fisherman, who have long used these same waters, are now seeing humpbacks being entangled in their fishing gear, causing serious damage or even death.  And rescue efforts to help the humpbacks has dramatically increased — one marine ecologist stated that “we went from virtually no entanglements to one every other week, and during the peak in Spring 2016, we were on call every day.”  Scientists and the Scientists and the fishing industry are now focusing on broader, more long-term approaches to resolving the challenges of avoiding conflicts between fishermen and whales.  Climate change, warmer waters, and the content interfacing of humans with ocean species will not end.  But at least California is working on the problem. There is hope.

A HUGE LOSS – FAR TOO SOON 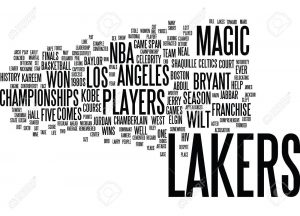 Kobe Bryant’s death shocks our world! It wasn’t supposed to end this way.  When I was on my out from Trader Joe’s last Sunday, I heard the tragic news of Kobe Bryant’s death in a helicopter crash in Calabasas.  The news shocked me to my very core.  How could this happen?

Like many of us, we only knew Kobe when we could see him in a Lakers’ uniform. Or reading about his amazing career.   Spending his entire 20-year career with the Lakers, Kobe became part of our daily lives, creating his own Kobe-brand of basketball.  He set the basketball world on fire, winning five NBA championships, just one of the many accolades he accumulated in a star-crossed career where he was recognized as one of the game’s all-time greatest players.

Kobe was a total and real person. Coming to the NBA straight out of high school, he was fluent in three languages — English, Italian and Spanish. He was multi-talented — a singer in his youth, writer and author in later years, and winning an Oscar for his Best Animated Short Film — Dear Basketball.  He found his inner self mid-career — Mamba, a term he attached to himself because of the snake who struck with 99% accuracy and repeatedly.  Kobe’s 2018 book “The Mamba Mentality: How I play” became a NY Times best seller. He was working on a children’s book at the time of this death.

He devoted his life to helping others and was the official ambassador for After-School All-Stars, and non-profit offering after-school programs

It seems the entire world took pause to mourn his passing on learning of Kobe’s death that Sunday morning.  Eight others, including his 13-year-old daughter Gianna, and college baseball coach John Altobelli, were also killed in the crash.  He will be long remembered.  We miss him terribly already.

What’s happening in my world?

Business is going along well, and as the news reports of the condition of the real estate market, I am plagued like the buyer’s with a severe lack of inventory.  The buyers are there, out in forces attending open houses, wanting to buy a home, but with the slim amount of choices out there, it makes it difficult.  I have a listing coming up on Canyon back in Mountain gate, but we are still working on getting it ready to put on the market.  I also want to once again thank the resident of The Terrace in Mountaingate for her generosity in the donation of a beautiful warm coat and some additional shoes and clothes.

Listening to the recent howling winds, particularly at night put me in a fire watch mode.  So, on a recent morning, I was not surprised to see the racing fire engines going down Sepulveda.  Then to watch the heroics of the LAFD working to once again save lives and property made me once again think how precious life is and how we need to make the most of every day.  I was also reminded of it after spending 24 hours with my Mom at the ER at UCLA Santa Monica.  Fortunately, all of her tests results came back OK, but we are still looking to see what got her/us there in the first place

Please get in touch with me for all your real estate needs. I am very much looking forward to working with you.
Carole Schiffer
ceschiffer@gmail.com, carole@caroleschiffer.com
310 442-1384